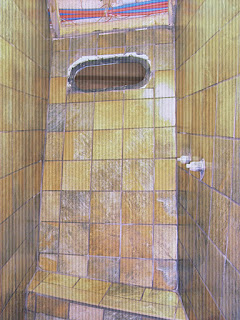 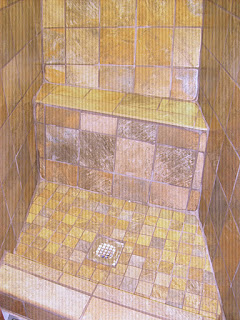 For some reason, these pictures are not so great. I should have re positioned the light I have in the shower room to let the flash do it's thing. These pictures make the tile look more yellow than it is in case your wondering. I could be seeing the demise of the cheap boat camera.... I'll keep you posted.
Posted by Conall at 6:06 AM