I've worked out a deal with the boat yard where the final fit out is going to occur and I now have a list of things to get finished before I can move her out of the barn.

The boat yard, understandably, wants me to carry a builders risk insurance policy in case I damage others property. The folks who handle my commercial policy for my excavating business do not handle anything marine, so I've had to look at another agency to  help me find a policy. I've been dealing with a company up in Mystic, and they are putting some effort into my project. Hopefully this will work out and I'll start a long term relationship with this insurer to handle my yachting needs.

I had to find another set of tires for the front steering axle for the transport dolly. The tires that I had on the axle would not handle the load and were going to cause us problems. 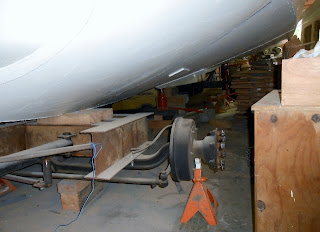 The tire vendor I use for my trucks is hunting two used tires with more ply's that should be up to the task. It's taken a little longer than he had figured, but he's still looking and I'm sure he'll come through.

Once I get her to the boat yard I'm either going to be running off a generator or I'll be using some sort of shore power from the yard. 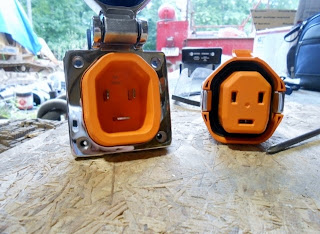 Either way, I want to be able to plug the boat in at one area and distribute AC power from that one point. I've never been a fan of having a rats nest of extension cords so I decided to start the boats shore power connections. I have two 30 amp inlets for the boat, and they reside on the front of the wheel house. For my shore power connections, I've decided to use the smart plug system. 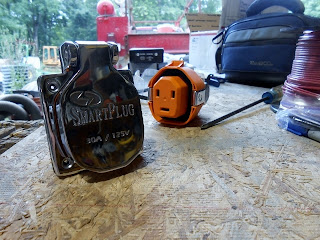 By the nature of the old style twist lock connections, I've always felt like problems were designed in to those connectors. Twisting on the metal spades to make a connection... metal wearing out... resistance building.....heat....fire.... no thanks. 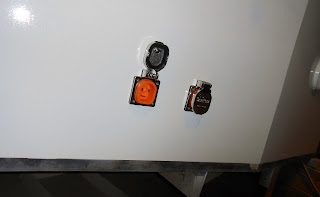 The smart plug system is a well built, well thought out way of connecting the boat's shore power. Another builder I confide in recently told me insurers offer a discount for using the smart plug, and it makes sense. The bottom line is that the smart plug is a far superior way to connect your boat to the shore power link.

Another item I needed to take care of was getting the air compressor in the lazzarette operational. I had purchased a 3 hp, 8 CFM, 30 gallo 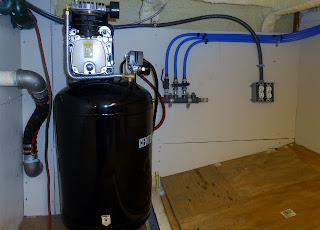 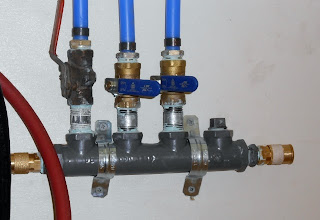 Besides using air tools on board, and being able to inflate floating things, I'll also be using an air horn for sounding. I had contemplated using air to shift the transmission, but I think I'm going to stick with a cable type control for that.

I think getting her moved in August is doable. I do believe I was blogging these same words last July, so I must defer to the old saying of "never say never". The boat is darn near ready to move, and I am for sure ready to move her. A few details need to fall in to place, and at this point, there's no need to push it. This will happen, it just needs to  happen the right way. 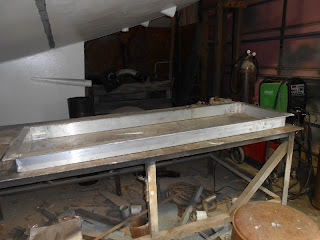 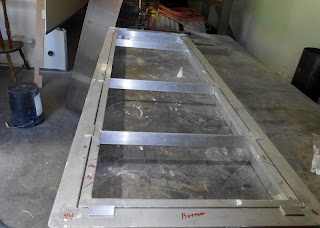 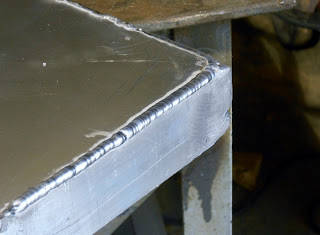 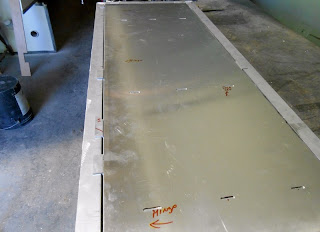 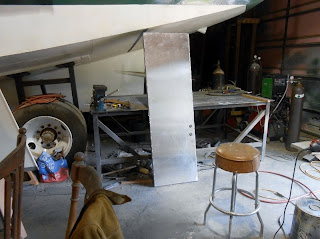 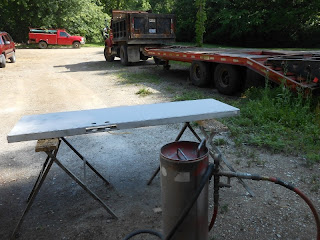 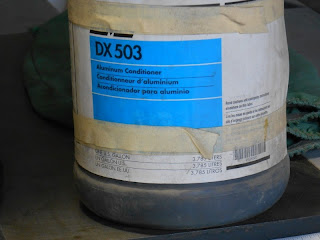 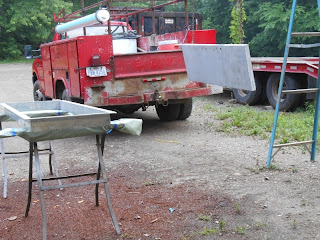 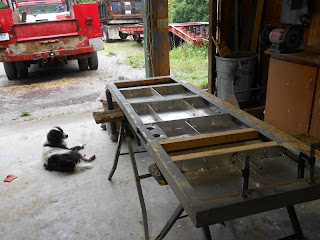 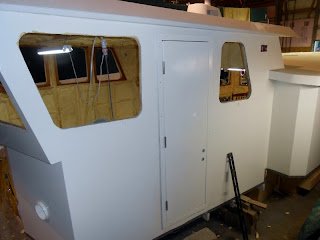