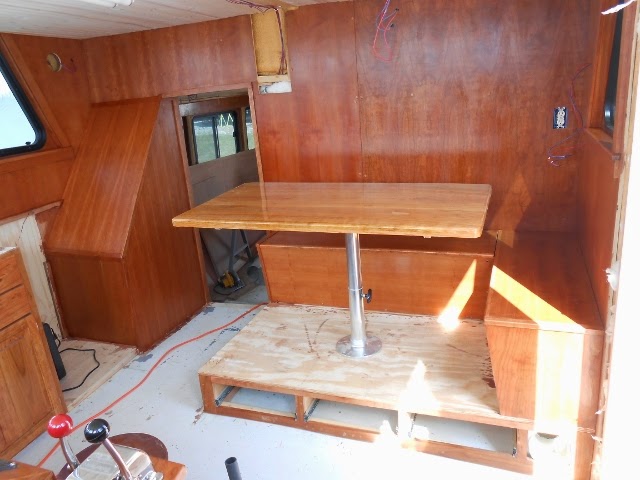 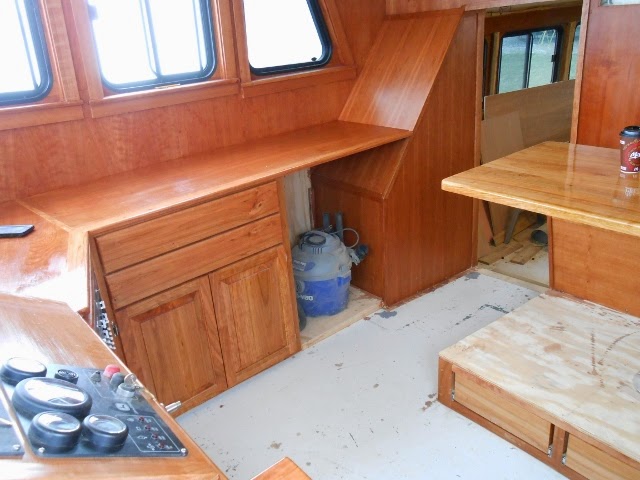 Most every time I show up to work on the boat, I have a small armload of parts or material hauled from the storehouse in the barn. Sunday, before I applied the last coat of urethane on the counter top, I took a couple of hours to clean and re organize some space. Just about every cabin is overflowing with material, parts and tools. But since the salon is the next and last really big wood working project, I had to make room in there. Still to be completed in the salon before the room can be sheathed is to run water lines for the fresh water flush toilet and associated sink along with turning the three 1 1/2" waste lines down in to the lazarette. A few wires  need to be pulled along with deciding on where to mount the stereo, but no real big work has to be completed before sheathing can begin.

The electrical panel in the wheel house is fully functioning, but still needs some work from the engine room to call it a wrap. I have the 80 amp three battery bank charger installed and connected to the house battery bank, but since the engine and generator batteries are not installed, those two connections need to be made. I've decided upon a location for the battery switch's so I'm able to move forward with fabricating the starter cables along with fabricating the battery switch panel. Because I'm sort of bouncing between the engine room and the wheel house before going full tilt boogie in the salon, I need to get the battery box built in the engine room. I keep having moments where I a tool could be laid across the battery posts or something metal like a square could fall and land on the posts, so I need to get the box finished to protect the batteries. Having the DC system fully functioning is one more item I want off the list before I can begin sheathing the salon. 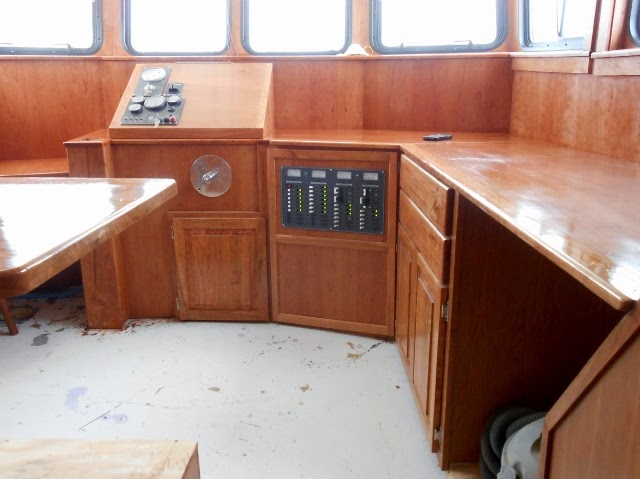 The salon is a fairly straight forward sheathing job as all of the time consuming wood working details have already been dealt with. The exhaust stack is covered. The up and down bound stairs are sheathed and trimmed. The fridge and microwave nook are installed. Given that the tricky stuff is finished, I'm going to go out on a limb and say I'll have the room sheathed by the end of April. A lofty goal, but one that needs to be attained.